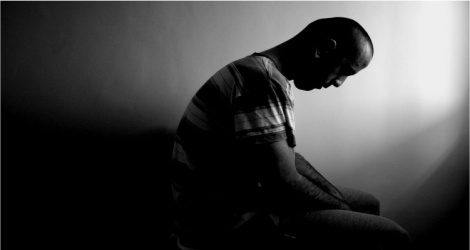 Think of your biggest failure, the incident that took a part of you down when it didn’t work out the way you envisioned.  Now answer this question “Why did it fail?”  The answer to this question is one of the single most important factors that will determine the course of your future.

Failure is inevitable, it’s going to happen.  And if you’ve got the guts to reach for your desires, you will fail more often than those hiding in the cave of fear.  But failure is a two-edged sword, that cuts both ways.  Failure can cut through opposition and pave a way for you to reach your goals, or it can cut through your hopes, devouring your strength & courage.

I’ve had the privilege of experiencing both sides of failure, failure that spurred me forward and failure that crushed me.  I call it a privilege, because what I’ve discovered through the process is priceless!  I’ve learned that what determines whether the failure is going to push you forward or push you backward is how you answer the question “Why did it fail?”  You see, the answer to this question will be the story that you continually tell yourself over and over in your head.  It will also be the story that you tell others, whenever they ask you about that situation.  But here’s the great news, you and no one else gets to answer this question, so choose wisely!

For a better understanding, let’s put my story on the examination table.  3 years ago, the previously healthy church that I had pastored for seven years was slowly dying.  I believe God led me to stop trying to revive it, and let it go. God impressed upon me the understanding that it was a time for change, and that He would lead me in a different direction.  As I took courage to obey, I knew a part of my dream had died, yet I looked forward to God causing all things to work together for the good.

So here are the facts, the church failed in the sense that it didn’t work out the way I had envisioned.  But here is the important question “Why did the church fail?”  The answer is different depending on who you ask.  For example let’s list 5 possible reasons as to why the church failed:

So which of these 5 options, do you think is the reason the church failed?  Different people may have strong arguments supporting each of the options. (except for #5…obviously that was put in there as a filler! lol!)  One person may insist that “location is everything, and if we just had more visibility all would have worked out!”  Another, may proclaim “The children’s ministry is the key!  Without strong children’s programs, families will never commit to a church!”  Someone else may say “Those 5 aren’t the problem, the problem was no refreshments after church!  Free food equals more people!”

The honest truth is, sometimes it’s really hard to say why things don’t work out the way they were intended to.  The church could have failed because of all of the above or none of the above.  The truth is, we may never truly know the answer.  So if this is the case, if I can’t be absolutely positive, beyond the shadow of a doubt, WHY NOT PICK A REASON THAT EMPOWERS ME RATHER THAN ONE THAT BEATS ME DOWN?

Think of one of your biggest failures, what story have you been telling yourself as to why your vision didn’t work out?  Does your story empower you and make you want to dust off your shoulders and go at it again?  Or does your story crush you and make you feel like abandoning your dream?  Listen carefully, is your dis-empowering story the absolute truth?  Are you saying there is no possible way that maybe, just maybe, this failure might have been necessary, in order for you to grow like you’ve never grown before?  What if it’s the failure that causes you to innovate and force out your creative powers?  Could it be that failure refines your vision and gives you greater clarity as to what you really want?  My experience tells me yes, yes, and yes!

In order to succeed failure has got to be your friend, your friend that pushes you into your next season!  How you handle failure will determine if you will ever handle success!  But the first step to making failure your friend is answering this question “Why did it fail?”  Now I hope the answer you just gave to this question was different from the one you gave at the beginning of this post, if not, CHANGE IT! Change your story now, go ahead, I won’t tell anybody, no one is watching, it’s just you and this computer screen!  Write down a list of a few possible empowering reasons as to why it didn’t work out and pick one, pick them all, I don’t care, as long as you don’t pick one that will beat you up and make you think that you are a failure!  You can’t prove that you’re a failure, but you can re-write your own story and live Your Good Life Now!

Cheers to your Good Life!